Chief Willard Herring became Fire Chief on January 9, 1969 and was the youngest Fire Chief Goldsboro had hired up to that point. During that first year, a new 1000 gallon pumper was put into service, replacing a 750 gallon pumper and bringing the total number of 1000 gallon pumpers in the department to 3. Chief Herring was able to oversee the development of a Training Grounds for GFD in 1970. In 1973, Goldsboro Fire Department was able to obtain a new modern type rescue unit. Personnel attended an ambulance school and were certified by the Emergency Medical Service of North Carolina as Ambulance Attendants. 1974 brought about a change to the department in the way of a three platoon system. This reduced the number of hours the men had to work from 72 to 56 hours per week. This is the current system used today. During this year, Chief Herring was approved to hire 6 additional personnel to help outfit the third platoon. In 1976, Chief Herring moved Headquarters from the Ash St location, to the new property on S. Center St.

Chief Herring retired in 1997 with 28 years of service as Fire Chief, making him the longest serving Fire Chief in the history of Goldsboro Fire Department.

Picture below is Chief Herring with his nephew, Scott Wells, and daughter, Sharon Herring checking out the 1919 La France 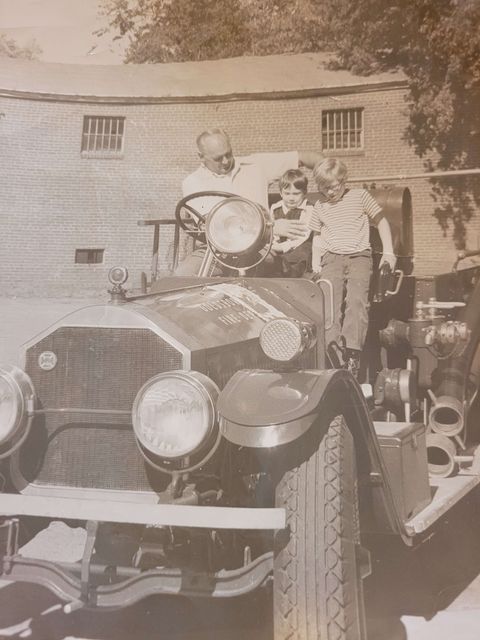